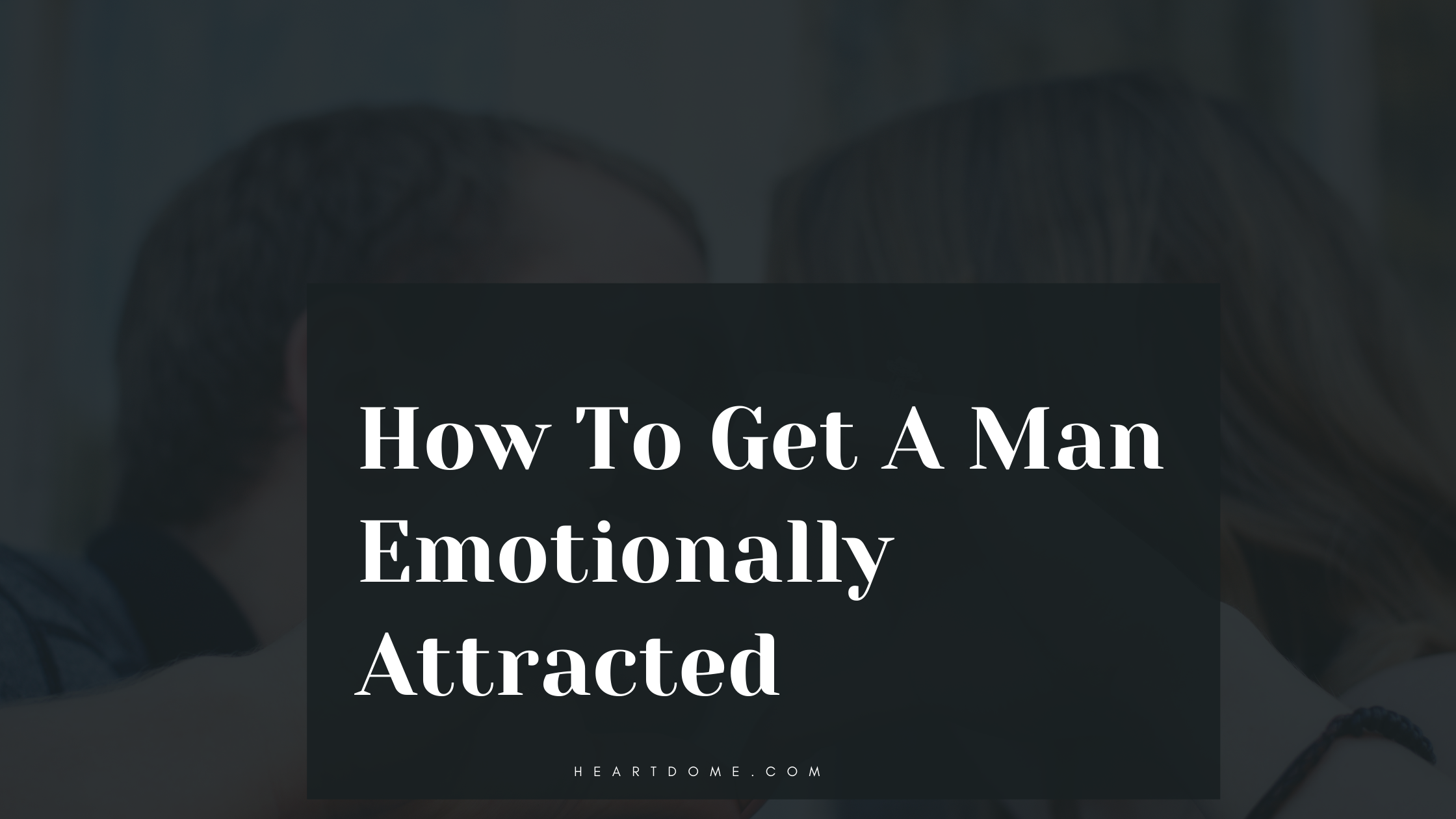 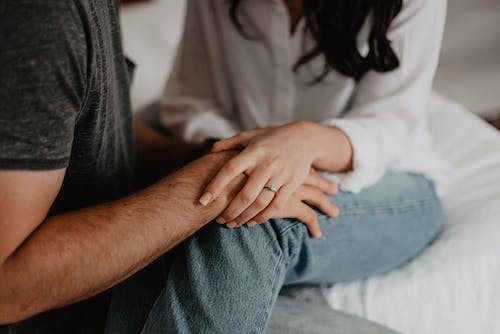 You could be very physically attracted to someone, but a romantic relationship with them is unlikely to work long-term if you are not also emotionally attracted to them and this may not make him commit to you.

Emotional attraction is even more important for a relationship than physical attraction—it’s what keeps couples together over time.

If you’re looking for a long-term partner, emotional attraction is a must.

Oftentimes, people are physically attracted first, and then they start to develop emotional attraction over time.

But what if you don’t have that luxury?

What if you already know that this person is going to be an important part of your life in some way, but they haven’t yet developed an emotional attraction toward you?

How do you make sure that your relationship with this person becomes an emotionally satisfying one? Here are some tips:

How To Get A Man Emotionally Attracted To You

1. Be a great listener

Everyone is looking for someone who will listen to them, and your guy is no different.

Men want someone they can talk to, but many of them don’t admit it or feel comfortable talking about their feelings.

Still, all men need a confidant. If you become his confidant, he’ll fall in love with you in no time!

Listen to what he has to say and be interested in the things that interest him.

If he knows that you’re genuinely interested in him and his hobbies, he’ll see that you care about him.

He’ll also notice if you’re only pretending to be interested—he can tell when people are fake!

Don’t be afraid to make an effort by asking questions and learning about the things that interest him—your man will respect your curiosity and honesty more than fake interest any day.

2. Have your own life 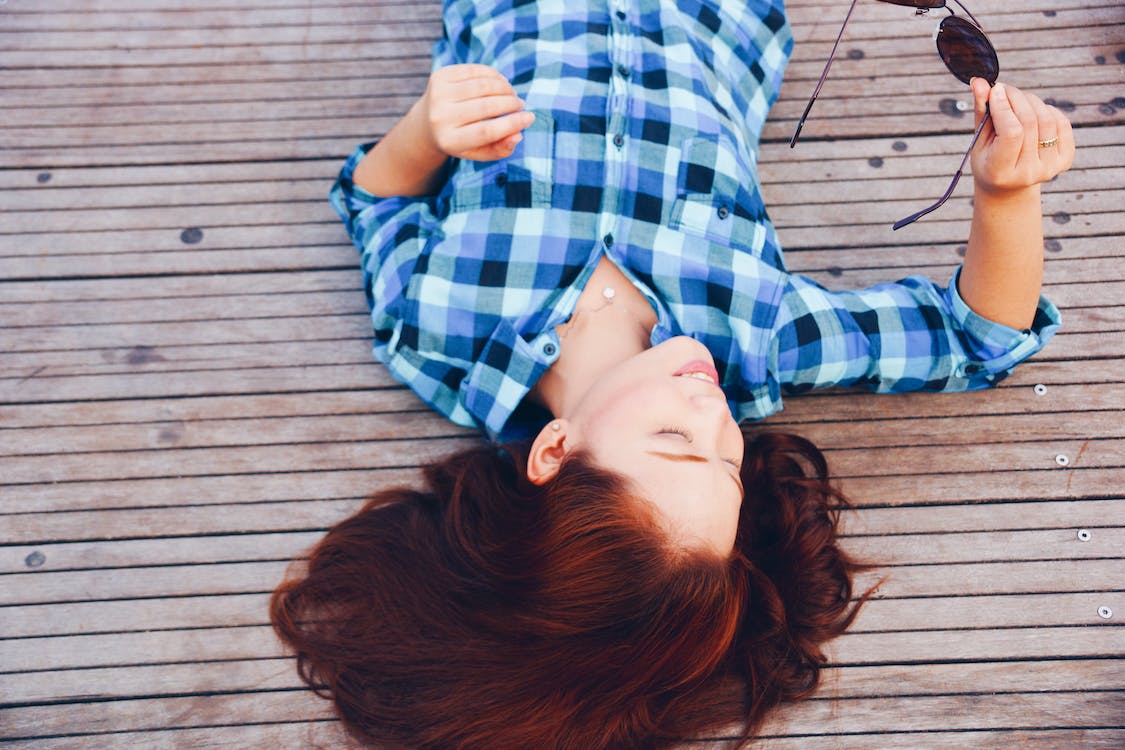 One of the most attractive things a woman can be is herself, and this means not being Miss Perfect.

If you are only pretending to be someone else, how long do you think it will take for him to see through your act?

It’s also important that you don’t feel like he should just fall in love with you because you want him to too.

Let him know that you find him attractive and interesting, but don’t overdo it.

You might want to tell him how handsome he looks today or how his laugh turns your knees weak, but if you start showering such compliments on him every day and expect them returned, then you’re getting some very unrealistic expectations for both of you.

Most importantly this shows that you’re clingy.

Don’t be too available.

He needs to have time away from seeing/talking/hearing about/or doing things with you to feel good about the relationship and himself in it.

Be someone who has her own life outside of being with him – and he will find himself emotionally attached!

3. Learn To Trust Him

This is important because it’s so easy to get caught up in playing “games” and having a power struggle.

Don’t be afraid to let him see into your emotions if he wants to know what you’re thinking or feeling.

Get comfortable being vulnerable with one another, and you’ll find that it helps strengthen the bond between you.

Let him know that you trust him.

Trust is an essential part of any relationship, but it can easily break down when one partner doesn’t feel supportive or encouraging of the other’s efforts.

It’s very hard for a man to feel special when his partner is always criticizing or pointing out his flaws or shortcomings.

Show your man that you trust him by encouraging and supporting his actions—even if they are not things that interest you personally.

Listen to him, even when he doesn’t say much at all! Men don’t talk as much as women do — they tend not to use words as their primary form of communication — but this doesn’t mean they have anything valuable

Compliment him on the things that he does for you that make you feel great.

For example, tell him how much you appreciate his honesty and his sense of humour.

You can also compliment him on his skills or talents, such as cooking and playing music.

But don’t overdo it with compliments.

An occasional compliment will go a long way in making him feel appreciated, but if you lay it on too thick, he might think that you’re insincere.

Complimenting someone means saying something positive about them to their face.

It is polite, friendly behaviour that makes the person being complimented feel good about themselves.

People love getting compliments because they make us feel valued and desirable – two very important feelings in any relationship!

It’s best to be sincere when giving one – this way your friend won’t suspect anything fishy behind all those nice words coming out of your mouth!

5. Be honest about your feelings

Being honest about your feelings builds trust and intimacy.

When you are able to share your feelings with a man, he feels more connected to you.

He is able to understand what makes you sad, happy, angry or disappointed.

It is easy for men to confuse lust for love.

This is especially true when it comes to the beginning of any relationship. It is important for you to be honest about how you feel.

If there isn’t a connection between the two of you emotionally then it will be hard for him to fall in love with someone that he doesn’t have a connection with on an emotional level.

Let him know that you are here for him as a friend.

Support him when he needs a shoulder to cry on or when he wants to talk about something.

If you feel like your friendship is one-sided, it’s probably time to reconsider being friends with the guy in the first place, or at least resolve whatever issues are preventing you from being good friends.

Be a trustworthy friend so he can depend on you, if need be.

This helps build confidence between each other and will make the man feel comfortable while opening up to you more often.

7. Have a sense of humour

It’s not just about being able to laugh at yourself.

That one is so clichéd, it doesn’t even count anymore.

You also have to be able to laugh at the things that are supposed to be funny.

Don’t take things seriously if they’re not meant to be taken seriously.

If someone tells a joke and you don’t think it’s funny, that’s fine.

But don’t get up on your high horse and give them a lecture on why their joke isn’t funny or what they should find funny instead.

After all, women are supposed to have a sense of humour too, right?

On the other hand, there is such a thing as taking humour too far.

Know when enough is enough—like if you think making fun of how ugly babies are is hilarious but everyone else has shut down their laughter and given you looks like you’ve committed some unspeakable sin—and apologize for it immediately.

And remember: It’s never okay to make fun of someone else just because they’re different from everyone else in the room, whether that difference is trivial or something more serious like ethnicity or disability status.

8. Make fun of yourself in a good way

You can make fun of yourself in a good way.

Don’t be afraid to laugh at yourself if you don’t get a joke right or if you have an awkward moment.

It’s great when guys see that you’re not afraid to take risks, and it’s great when he sees that you don’t take yourself too seriously.

This also gives him the opportunity to tease you back in good nature—something most guys absolutely love to do.

The bottom line is that having a positive attitude about your flaws will make them almost unnoticeable and will go a long way in getting him emotionally attached.

If you make him feel these things, he’s going to love you even more

When you make a man feel like he’s the only man in the world for you, the way you do when you really love someone, then he’s going to feel emotionally attracted to you.

If he gives you a gift or does something sweet for you, appreciate it for what it is: something that makes your heart swoon because it was sweet of him to do.

Don’t tell yourself it means he must have fallen in love with me.

That will just ruin everything if it doesn’t happen right away–and even if it does happen, don’t go thinking there is any timeline on when things need to happen.

So, you want to know how to get a man emotionally attracted, it all starts with you.

Before you can expect a guy to feel any attraction for you, he has to sense that you want him and that the feeling is mutual.

But if the guy knows that your feelings for him aren’t based in reality, it’ll be very difficult for him to feel any genuine attraction for you.

The best way for a man to know that your feelings are real and that it’s not one-sided is for both of you to have time alone together.

And really get to know each other and connect on a deeper level.

When a guy feels like your feelings are based on some fantasy or fairytale perception of who he is, it’s very easy for him to end up rejecting them or stopping them altogether if they ever tempt his real self with the possibility of being with you.

So make sure that before he falls in love with you, he feels like he really knows the real and intelligent person behind those dazzling eyes of yours. 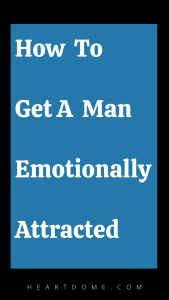