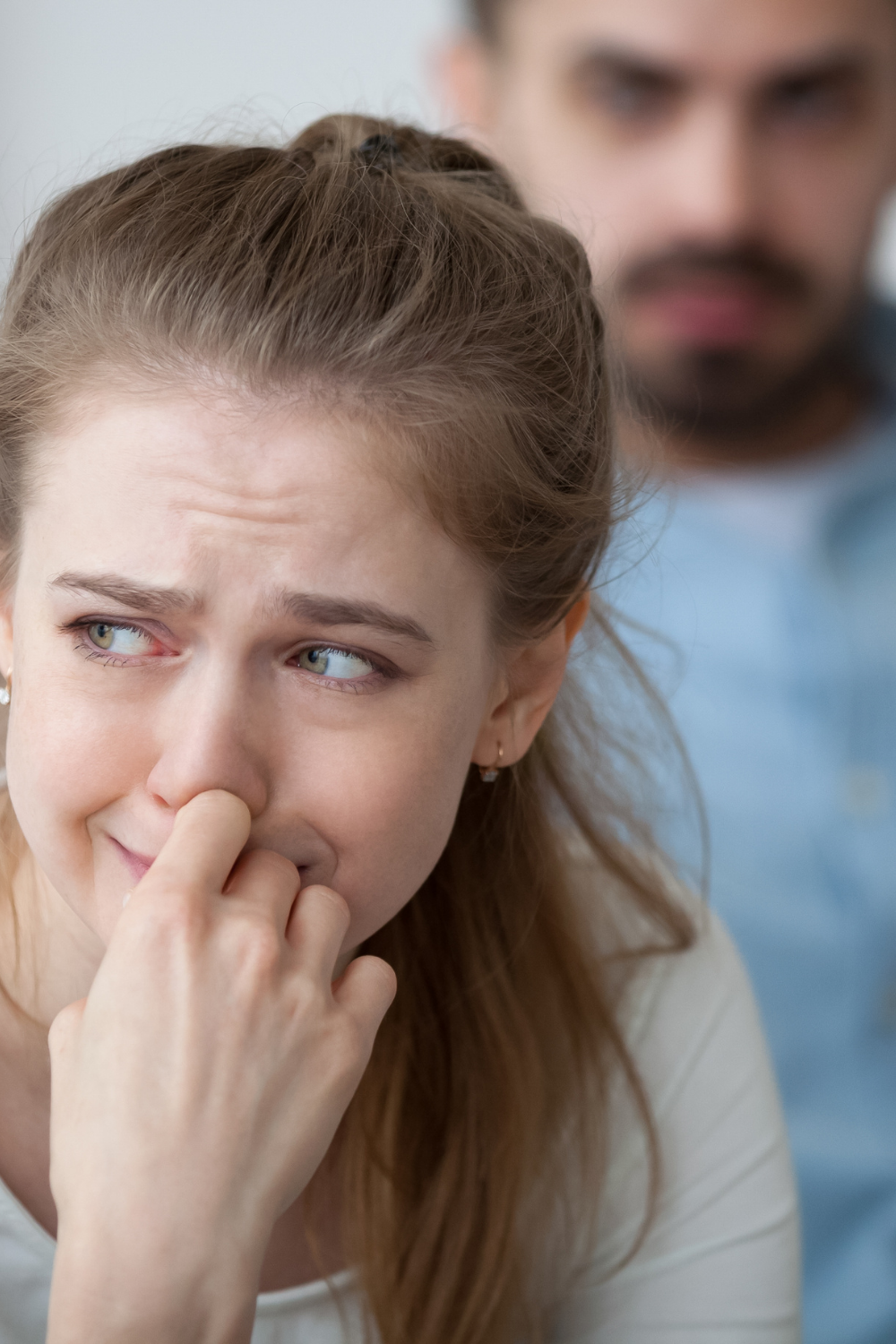 You have just found out your man has been cheating on you.

You need to know what happened and why.

That’s why you should know the questions to ask your boyfriend after he cheated on you.

Because nothing can be more heartbreaking than finding out your partner is unfaithful.

He knew you, loved you, and swore to stay loyal to you till the end of time, but he cheated on you instead, and now you are stuck with unanswered questions.

Have you ever wondered what you should ask your boyfriend after he cheated on you?

There are no right or wrong questions to ask after this kind of betrayal.

However, there are some important things to consider when it comes to the questions you want to ask your boyfriend.

You might want to ask your boyfriend why he cheated on you or anything else bothering you.

This article will help you understand why and how he cheated on you.

It will give you some idea of his mindset and will help you in making better decisions.

Here are some important questions a girl should ask her boyfriend after cheating:

58 QUESTIONS TO ASK YOUR BOYFRIEND AFTER HE CHEATED ON YOU 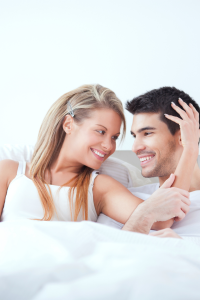 This is a tough one, but it’s important to know the reason behind his actions.

This is perhaps the most important question to ask your boyfriend after he cheated on you.

You need to understand why he cheated on you and what triggered his behavior.

Is it something specific that happened in your relationship that made him stray? Or was he just looking for an escape from his responsibilities?

If he says it was because of something you did or didn’t do, you need to address those issues.

If he says it was because of something else in his life, like a stressful job or family problems, you need to find out what those issues are and work on them together if you still want the relationship.

2. Did you ever think about leaving me for her?

If your boyfriend cheated on you with one woman repeatedly (or even just once), then it’s possible that he doesn’t see himself as being in a relationship with you anymore — at least not an exclusive one.

So it is important to ask this question to know if he planned to leave you for her so you can know the real situation of things and decide.

It may be time to break up with him so that he can pursue whatever it is that made him want to cheat in the first place.

3. How long have you been cheating?

If your boyfriend has been cheating for a long time and he didn’t tell you about it until recently, then this is definitely cause for concern — especially if he’s been hiding other things from you as well.

It means that he doesn’t trust you enough to tell you the truth about anything.

This is one of the most crucial questions to ask your boyfriend after he cheated on you.

4. How did you feel about cheating on me? 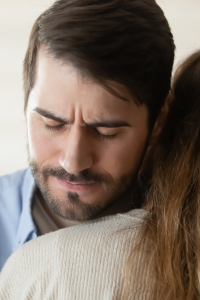 You don’t want to carry this baggage around with you for the rest of your life, so it’s important to find out all the details.

If he cheated on you, he’s not going to be proud of his actions and probably won’t tell you about them willingly.

You will have to ask him questions about what happened about how he felt for him to open up.

If he was unfaithful, ask him how he felt about cheating on you.

This might sound like an obvious question, but it’s important not only because it will let you know if he regrets his actions but because it will also help him realize how much pain he caused you.

It’s possible that he didn’t think anything of his infidelity at first, but after realizing how hurtful his actions were, he’ll be able to see just how wrong it was and apologize accordingly.

5. Why didn’t you come clean to me before this happened?

If your boyfriend cheated on you, he likely had an opportunity to explain his actions before you found out.

If he doesn’t answer this question right away, don’t push him too hard — just let him know that it’s okay if he needs time to process what happened.

But don’t let him avoid this question indefinitely or dismiss it as unimportant (it’s not).

This question can help you determine the extent of his infidelity.

If he’s been cheating for a long time, there’s a good chance that other people knew about it.

If so, you need to ask yourself if this was just an isolated incident or something more serious.

If he cheated with one woman, it could be a single mistake.

But if he cheated on multiple occasions, then it’s likely there’s more involved than just sex.

This is a tough question for you to ask, but you need to know.

He may not have told anyone, and he may have been ashamed of what he did, so he kept it to himself.

7. How was your relationship with her?

You want to know how serious the relationship was between him and the other woman.

What type of relationship did they have? Were they dating exclusively, or were they just hooking up?

If the two of them were in a committed relationship, it might be worth talking about why they decided to cheat on each other.

It’s important that he tells you the truth when answering this question.

If he says that they were just friends or co-workers, ask him why he felt the need to engage in an affair.

8. What was it that she offered that I didn’t offer you? 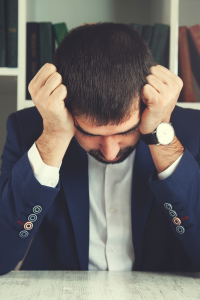 This is a question that will get to the root of the problem.

If your boyfriend cheated on you because he felt like he wasn’t getting enough attention from you, this question will help him realize that.

If he cheated because she was more attractive, more fun or just more interesting than you, this will also help him realize that.

It’ll also help you understand what he needs in a relationship and how you can improve as an individual or couple, if you are still interested in him.

If he doesn’t have an answer to this question, he’s likely not mature enough for a relationship.

He should be able to tell you what attracted him to the other woman — and if he can’t do it, it’s a sign that something is wrong with his priorities or his ability to communicate with women.

9. How often did it happen?

This is another important question that needs an honest answer.

If he says it was a mistake or just “something that happened,” ask him how often they got together.

Was it just once or multiple times?

How long did the affair last?

These are all vital pieces of information for you to know to make an informed decision about whether or not you want him back in your life.

10. Did you plan this all along, or did it just happen? 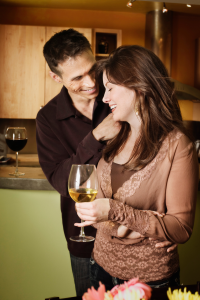 This seems like a weird question, but it’s important because if he planned this all along, then there’s no hope for reconciliation between you.

If he didn’t plan it at all, maybe there’s still a chance for both of you!

He might have thought he could get away with it and that nothing would change between you two.

But if he cheated on purpose and planned it all along, then there’s no way he can be trusted again.

48 other questions to ask your boyfriend after he cheated on you are:

These questions should make for useful ammunition when you need to hammer out some ground rules for your future relationship.

Try not to come across as accusatory or as a bitter ex-girlfriend.

Rather, attempt to understand his motivations and feelings behind such a decision, despite his poor judgment.

Don’t go into the discussion with the assumption that he intentionally hurt you; try to be open-minded but still assertive.

The aim of this post is not to tell you what to do but simply to help you ask questions to make well-educated decisions based on your circumstances.

I hope this post has been helpful, and remember, go with your heart, but at the end of it all, listen to your head. 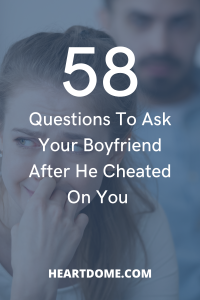 HOW TO GET A MAN EMOTIONALLY ATTRACTED TO YOU

15 SIGNS HE LOVES YOU DEEPLY